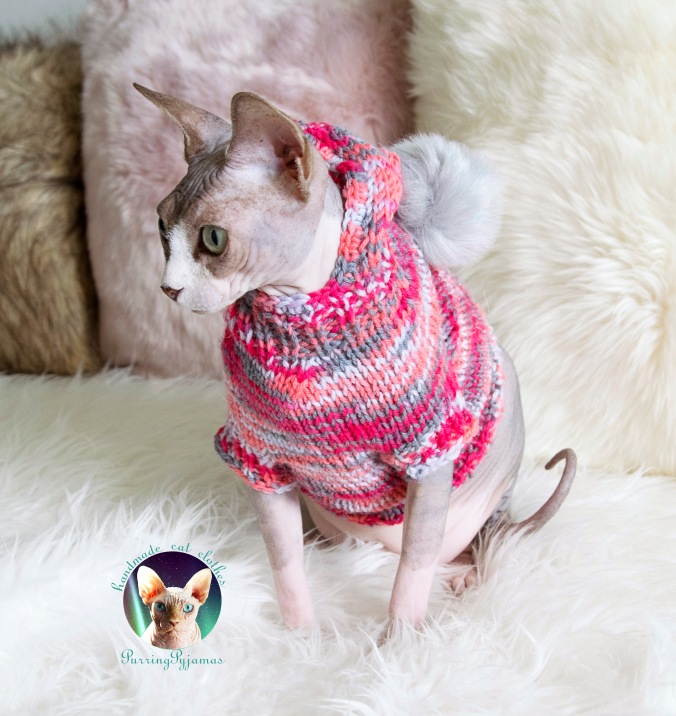 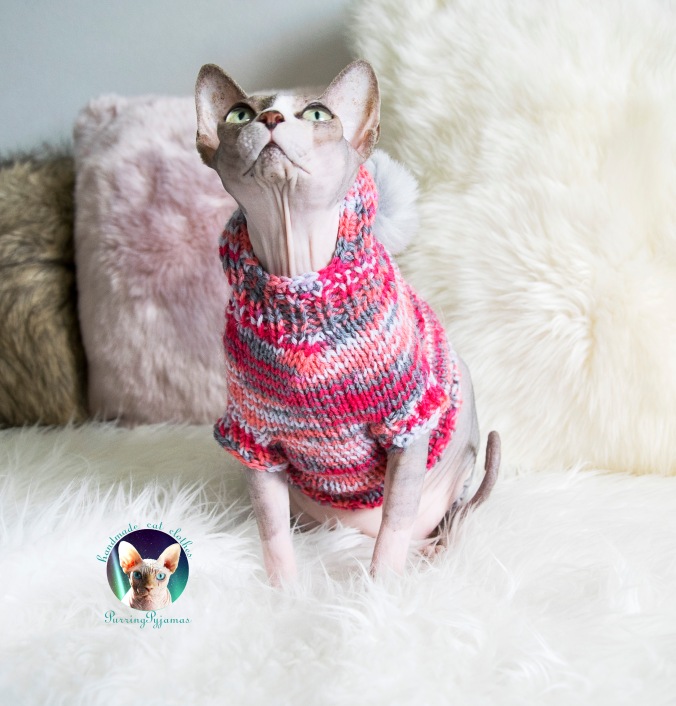 So I got these super cute faux fur pompoms couple of months ago. They definitely were bigger than I thought when originally purchasing them, but I was like “Well, you know – go big, or go home! Bigger ones will look even cuter on the hoodies!”. And they DO look cute! However, they are very impractical simply because they’re too big, which results in them being too heavy. 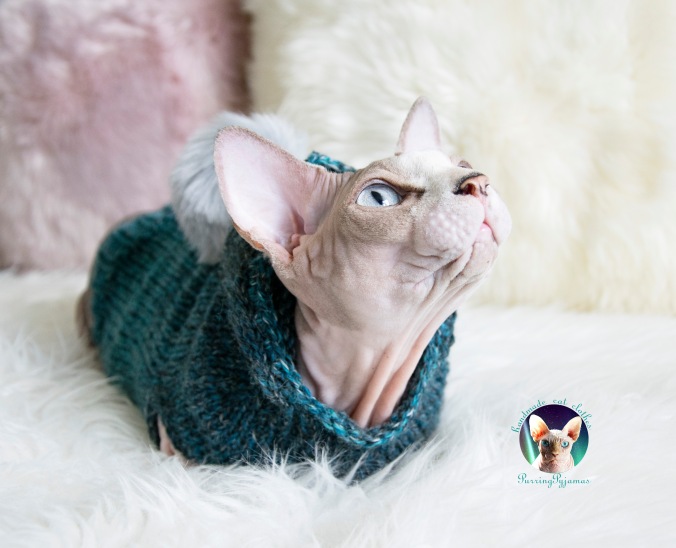 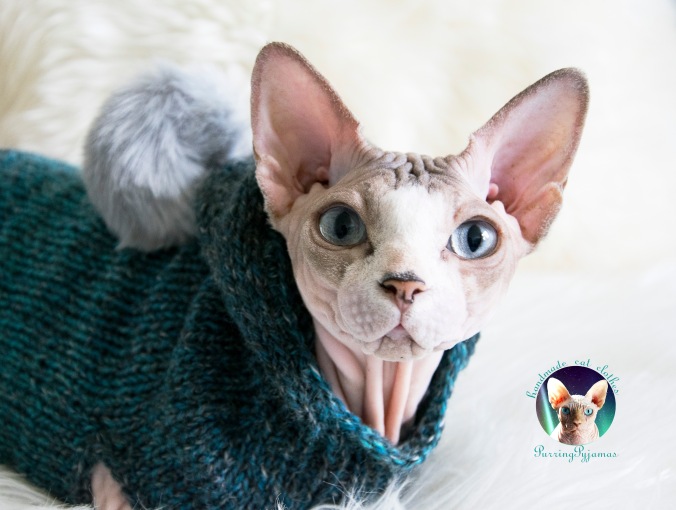 Oh, but what’s there?

What I mean by saying “too heavy” is that they would fall on the side of the cat’s neck, which means that the hood is in an uncomfortable position. It also would annoy the cat if they want to eat/drink. For this reason these sweaters definitely won’t be something I will be adding to my shop! Because even though they look cute, I wouldn’t be selling something I think is uncomfortable. 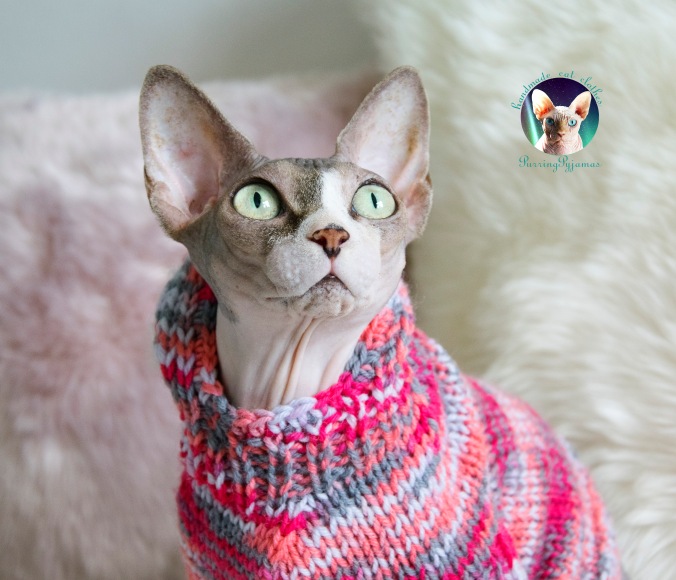 Not bothered by the hoodie falling in weird positions. 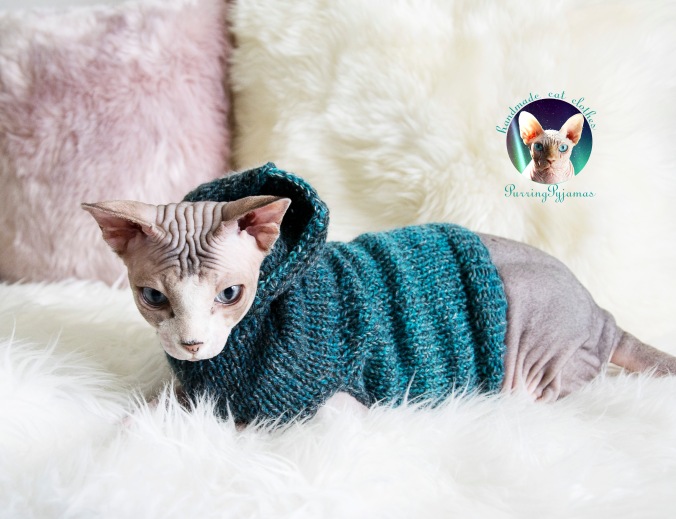 Everything is always tried out by my cats beforehand, and if I see that something annoys them, then it means it will most likely annoy other cats as well. I will definitely be making some kind of sweaters (maybe will stick with hoodies, just no pompoms?) from these green and pink yarns, cause they’re beautiful! 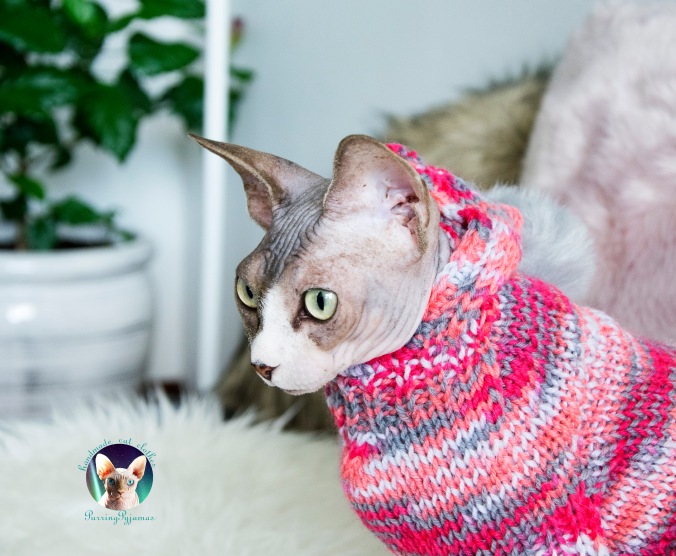 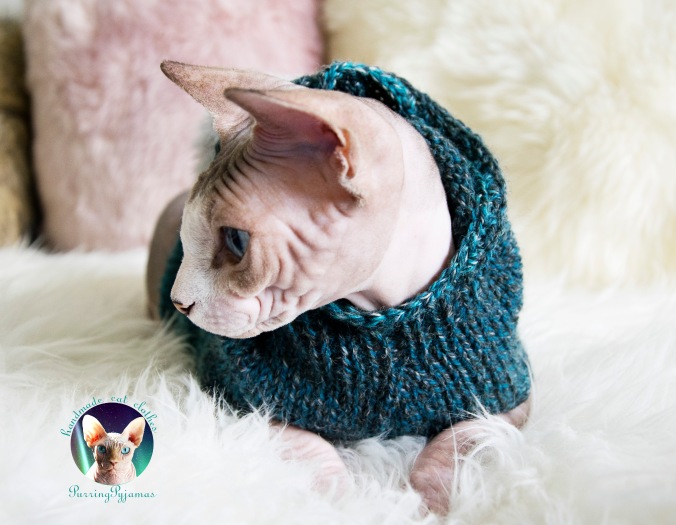 Typical Beliza – curious, but too lazy to do anything. 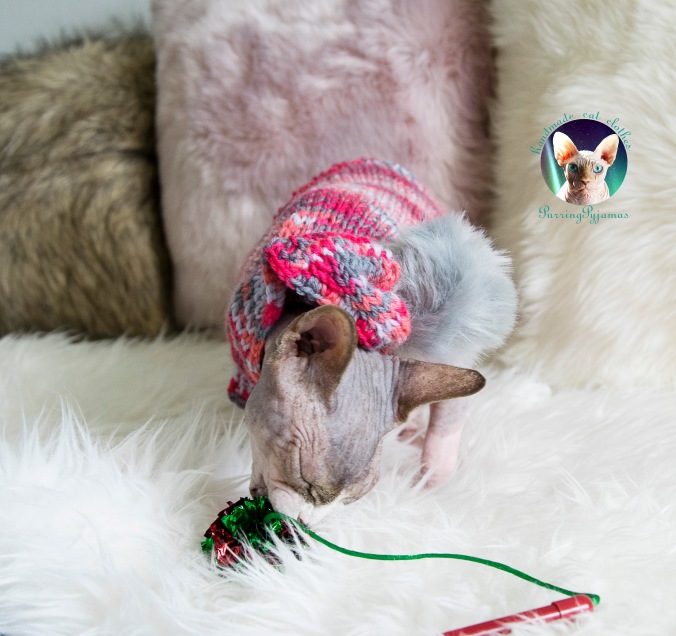 I hope you enjoyed some pictures of my cats and failed sweaters, haha! Talk to you very soon!